On the second day of Al-Bustan’s professional development workshop, participants listened to a comparative literature lecture by Al-Bustan Arabic teacher and Princeton doctoral candidate, Brahim El Guabli entitled “Lamenting al-Andalus in the Poetry of the Prince-Prisoner in Aghmat.”

Aghmat is a village near Marrakesh, Morocco. The “prince-prisoner” of interest was the 11th-century Andalusian monarch ‘Abbad ibn Mu’tamid from Sevilla, present-day Spain who was held captive by an Almoravid sultan in Marrakesh. In addition to exploring the poetry of a specific Arabic-speaking Andalusian monarch-in-exile, the lecture broadly shed light on Al-Andalus’s history of great prosperity and diversity.

Workshop participants learned from the lecture about the Arab-Berber conquests of the Iberian Peninsula. They also learned that Andalusian culture was as a vibrant mix of Arabic-speaking Jewish, Christian, and Muslim religious communities that were influenced by European and Berber African cultures. Brahim skillfully used a single prince-prisoner’s poetic narrative to capture Al-Andalus’s fascinating past.

The most exciting part of the lecture session for me, aside from its academic content, was the group discussion that followed. Just after Brahim finished speaking, a teacher in the audience asked, “Are Arabs an ethno-lingual group? And are all Arabs Muslim?” This question was particularly relevant since the terms Arab and Berber kept surfacing throughout Brahim’s lecture. The issue of Arab identity is definitely more complex than it seems on the surface. A chorus of voices in the audience chimed in to contribute to a group discussion on the question. A second teacher answered, “I’m from an Arabic-speaking family but we don’t consider ourselves Arabs. We’re Coptic (Christian) Egyptians and growing up my parents would say we were descendants of Egypt’s Pharaonic past.” This was a wonderful moment to hear first-hand from an Arabic-speaking Christian about the complexity faced in considering what it means to be “ethnically Arab.” Brahim chimed in along the same lines, “I have one parent who is Arab and one parent who is Berber.

My family speaks Berber at home. I speak Arabic fluently and teach Arabic, but I identify as Berber. I do not identify as an Arab. But if someone insults Arab culture, I’m the first one to oppose anti-Arab sentiment. I am, however, Muslim.” What seemed like a simple question – what constitutes an Arab – only proved to highlight the multi-layered complexity of Arab identity, a question that cannot escape the complexities of geography, ethnicity, nationality, religion, class, culture, and language.

“Even within the same family,” explained Nora from Al-Bustan, “you can find some people who consider themselves Arab and some who do not.” Ultimately, one’s identity is a matter of personal choice, a matter of the aspects of our backgrounds that we choose to highlight over others. Considering that the Arabic-speaking world includes a vast geographic area that has witnessed colonization from many foreign cultures over the centuries, Arabic-speaking communities have identities that are no less complex than that of other peoples. 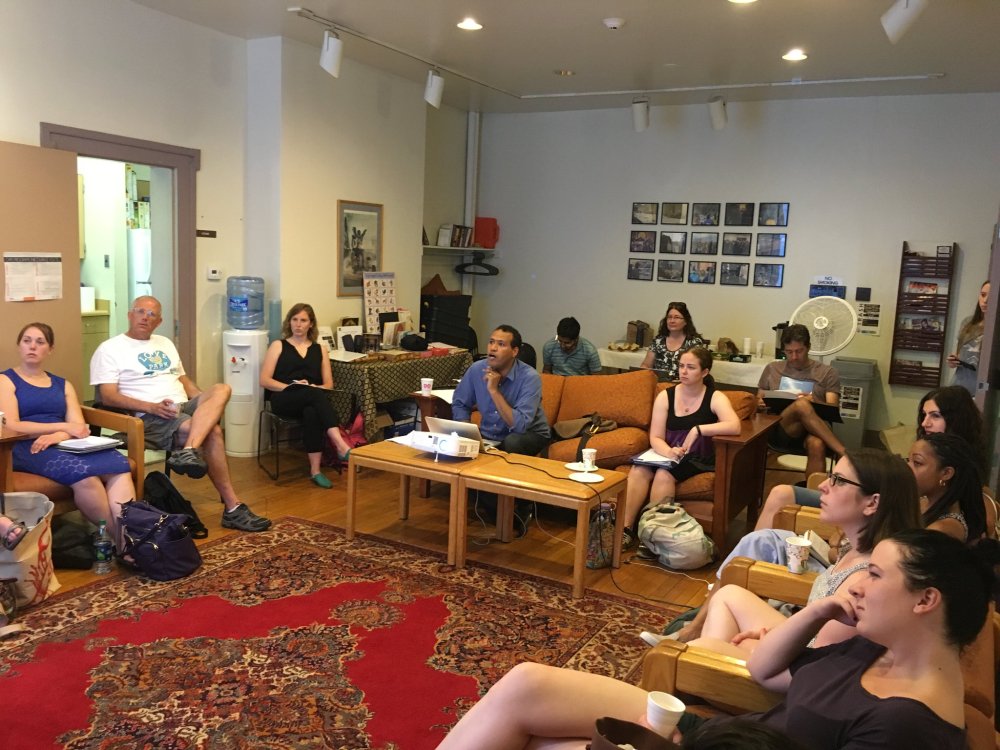