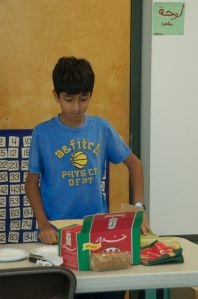 On Friday camper Amer introduced the rest of Camp to baskot wa raha, or “biscuit with Turkish delight” in Arabic. This Lebanese treat is made by spreading raha (Turkish delight) in between two lemony lucky 555 Gandour cookies. Gandour is a confectionary company that was established in Lebanon in 1857. 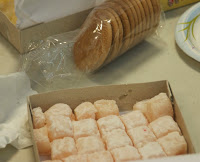 as a sweets manufacturer producing raha, a gummy sweet often rose-scented or studded with nuts. In 1936 Gandour started selling biscuits and the baskot wa raha was born. Thanks to Amer for introducing us to this delicious and classic combination.